This question has become extremely important to me, in my work around how we tackle health inequalities and social injustice. It’s all too easy to take sides, point fingers and play the blame game. But if our political system teachers us anything, it is that this kind of didactic, oppositional approach to life, brings about little change, if any.

Over the last few years in Morecambe Bay, we’ve been exploring the power of Social Movements and how we can best work with our communities to effect real and lasting change. As, I said in part one of this series, we’ve been very affected by the need for personal change and the need for deep listening. Change begins with us and this requires genuine humility and deep listening, putting ourselves into uncomfortable situations and surroundings. How can we possibly make decisions for communities with whom we have never spent any time? It’s important that we do our own work and reflect on what we hear and be willing to change our way of working as a result. Series 3 of The Crown, highlights this beautifully with the inauguration of Prince Charles as The Prince of Wales. His relationship with his Welsh tutor utterly transforms the way he sees the plight of the welsh people and indeed his understanding of power, but it only comes from being immersed in Wales and having some significant challenge brought to his world-view. 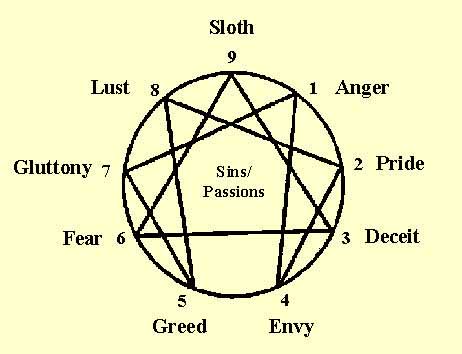 Personal change does not just happen through encounters. The encounter with ‘the other’ invites us into a deeper journey of change. It’s why I have personally also found The Enneagram to be such a helpful tool when it comes to dealing with my own internal issues and mechanisms. For me, as a type 7, it has helped me to understand why I run away from pain and needlessly distract myself from the present in search for ever more stimulation. I have had to face this head on, in order to learn to become more fully human and the best gift I can be (nowhere near there yet!)…. 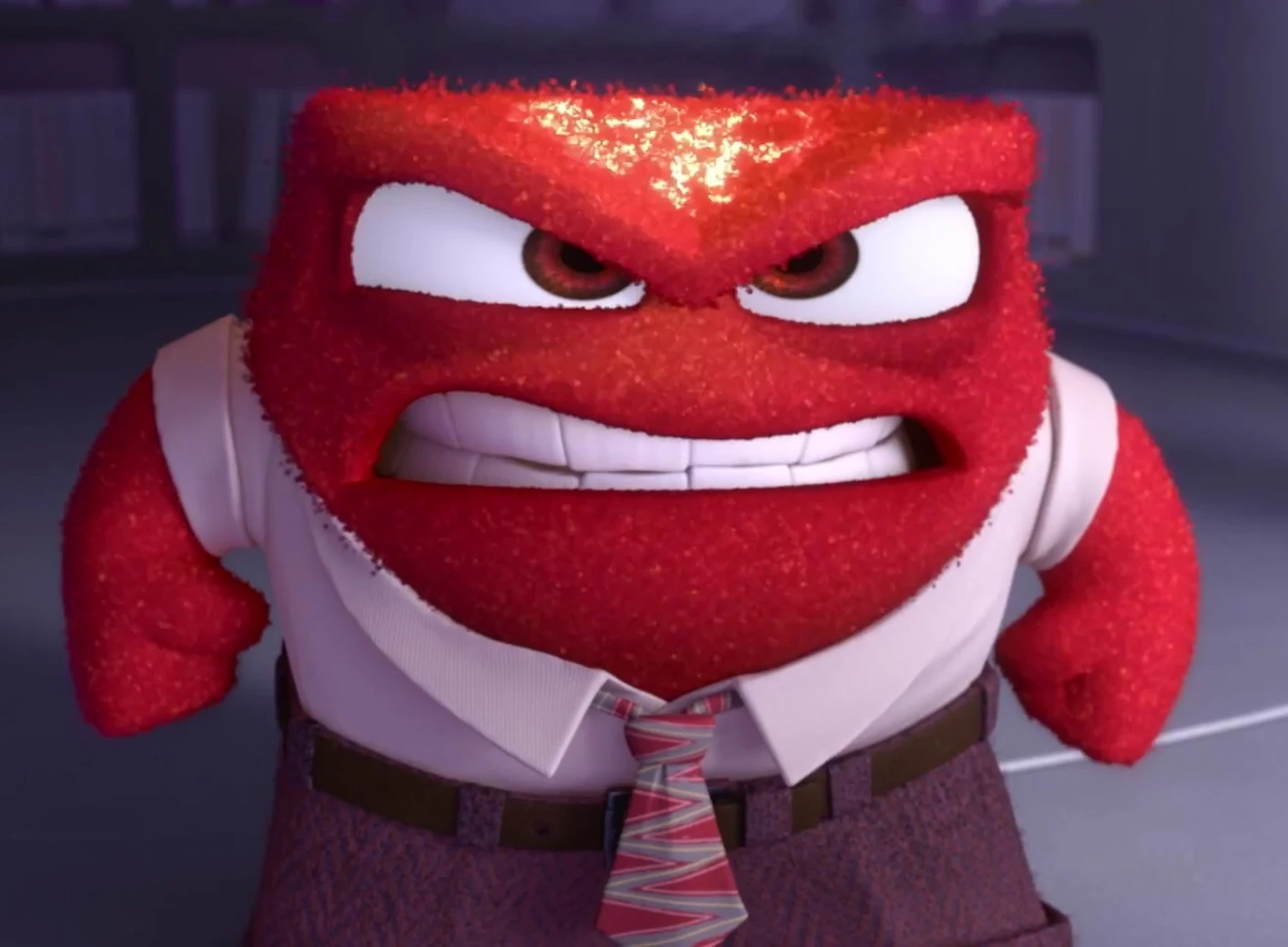 I believe we will not see societal change if we are not, ourselves, willing to be changed. Personal transformation, however, is not enough, vital though it is. In thinking about wider social change, I have been really influenced by the philosopher, Valerie Fournier. She talks about three key components which are necessary to drive change within communities. Firstly, she says we must cultivate anger. Initially this seems like quite a strong statement, but what she is referring to is the need to stir a corporate sense of passion around injustice. I have certainly found this to be an important aspect of enabling change in our communities. If we’re not careful, we can spend much of our waking life asleep. If we are to be truly woke to the issues we’re facing across our communities then we must create a space in which people can become stirred to care enough about the reality of the status quo. We have found that people across Morecambe Bay really care about the fact that people living only a few miles apart can have a 15 year difference in life expectancy and an even bigger gap when it comes to years lived in good health. Our experience is that if we give no voice to the discontent within the communities, especially for those at the receiving end of systemic injustice, then we can end up going round in circles, unable to move forward. We definitely don’t want to remain in the place of anger, but it can be harnessed as an incredible energy for good.

The expression of anger is an important part of The Poverty Truth Commission process. Those who are subject to poverty and at the receiving end of the coldness of ‘the system’ need to be given voice to express what that means for them and how it impacts their sense of wellbeing. I think in Britain, we’re not particularly good at ‘anger’. It’s uncomfortable for us. It doesn’t feel polite. We would much rather keep things under wraps and hide away that which makes us feel ashamed. However, when we choose to be present enough to suspend what we think we know about poverty and the experience of it, and really listen to the harrowing reality of it, in another human being and then go on to build relationship and even friendship with that person….then we too are invited into that same anger, not to rage against the machine, but to use the power of our ‘fileo’ (friendship) love to become an agent of radical change. 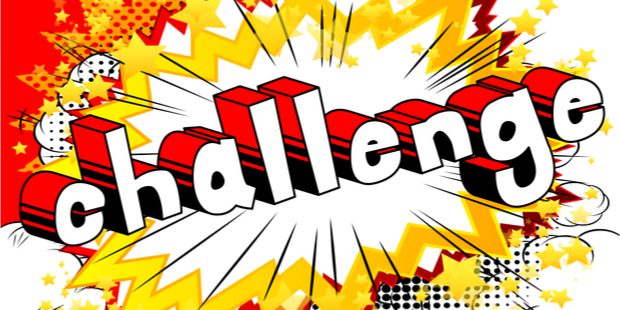 Anger harnessed in this way leads to Fournier’s second step in social change: ‘Challenge inevitability’ – challenge the inevitability that things must always be this way. When we think about issues like poverty, health inequality, social injustice, adverse childhood experiences – things which feel ‘too hard to change’, it’s easy to resign ourselves to the notion that things will always be this way – therefore we should just ‘keep calm and carry on’, and just do what we can to ‘help those less fortunate than ourselves’….but all this does is reinforce the same old story. Social change requires that we challenge the inevitability of the status quo and that means challenging the world views we hold and the stories we tell ourselves. It doesn’t mean that we must therefore create a greater division between rich and poor or make enemies of ‘the elite’. It’s about taking ideologies that we hold to be ‘true’ and asking probing questions of them. In fact, it’s about giving them a really good shake and uprooting those that are deeply damaging and throwing them on the fire. There are great examples of this kind of work in economics – Kate Raworth in her book ‘Doughnut Economics’, or Katherine Trebeck in her book ‘The Economics of Arrival’ – both challenging economic theory built on GDP and obsessed with growth. We see it in Hilary Cottam’s tour de force ‘Radical Help’ in her challenge to the transactional basis of the welfare state. Bev Skeggs and Imogen Tyler, sociologists both challenging the way society is set up. Rob Barratt, challenging the way we think about education.

At the same time as challenging inevitability we just also incept our thinking with possibility of an alternative future, asking ourselves some powerful ‘what if?’ questions. I wonder what an economy might be like if it held wellbeing of people and the planet as it’s core principles? – a question they are asking in Scotland, New Zealand and Iceland. What if we had a society in which women (change women for any other subjugated group) were treated as true equals? I wonder what education might be like if it were truly future orientated and took climate change seriously? If we challenge what is, it allows us to reimagine what might be.

New ideas though, are not enough. The undermining of our current realities opens up the possibility for Fournier’s third aspect of social change, which is to ‘Create moral alternative economies’. We must move from anger and challenge, into experiment. Appreciative Enquiry is a great approach to help us move into this space. It allows communities to focus on what is strong, rather than what is wrong. If we’re going to experiment with new ways of building society, politics, economics etc, we need to so on strong foundations. Once we have cleared the ground in our minds of what has been stopping us find kinder ways forward, we can then focus in on – ok – so what is good?

As a result of this approach in the Poverty Truth Commission, for example, we’ve been able to work together on designing the kind of job roles that would really help someone navigate the complexities of the health, social care and welfare system, when they are on the ropes. We heard the anger about where it isn’t working, challenged our own thinking that we can’t really change things and have begun to experiment with the ideas put forward by people on the receiving end of unkind and punitive processes. We’re creating a moral alternative economy. When our city council in Lancaster, recently voted to protect the rights of gypsy-travellers by buying their land and promising to ensure it is fit to live on – they also responded to the anger of deep injustice at what was being proposed (the selling of their land), challenged the inevitability that they had no choice in solving the matter and instead intervened with a moral alternative economy, that protected the ‘poor’ and actually worked for the benefit of everyone. Or, we could take an example from education: When a teacher refuses to tow the line to isolate a student and have them face a wall all day and instead finds a more creative way to understand their student’s anger, challenging the inevitability of school exclusion (and all that will lead onto) and finds an alternative way to help them process their trauma and make the system work for them, rather than the other way round – that teacher is creating a moral alternative economy. You see? We can begin to do it everywhere! And when we begin to experiment with new ways of being together in communities, we begin to tell each other a new and altogether more loving story than the one we’re currently living in. The more we experiment and either fail or succeed, the more we discover how to build a society that works for the wellbeing/peace of everyone and the planet.

So, where do you need to listen more deeply, to allow yourself to be made uncomfortable by the palpable anger that is underneath the surface, or sometimes erupting onto our streets? Why is the anger there? What does it tap into? Where is it coming from? Who is it aimed at? Is that anger able to be channelled in a way that can leverage an altogether more loving and kind society? What inevitability in your personal or our corporate thinking needs to be challenged as a result? What ‘truths’ need to be questioned? What space might that clear for new experiments to emerge? What if those experiments began to interconnect and learn from each other, sharing resources and encouragement along the way? What might then become possible? What if we actually took a breath and decided to genuinely think and work in this way? Can you see the change ahead?! Go ahead and start creating it!