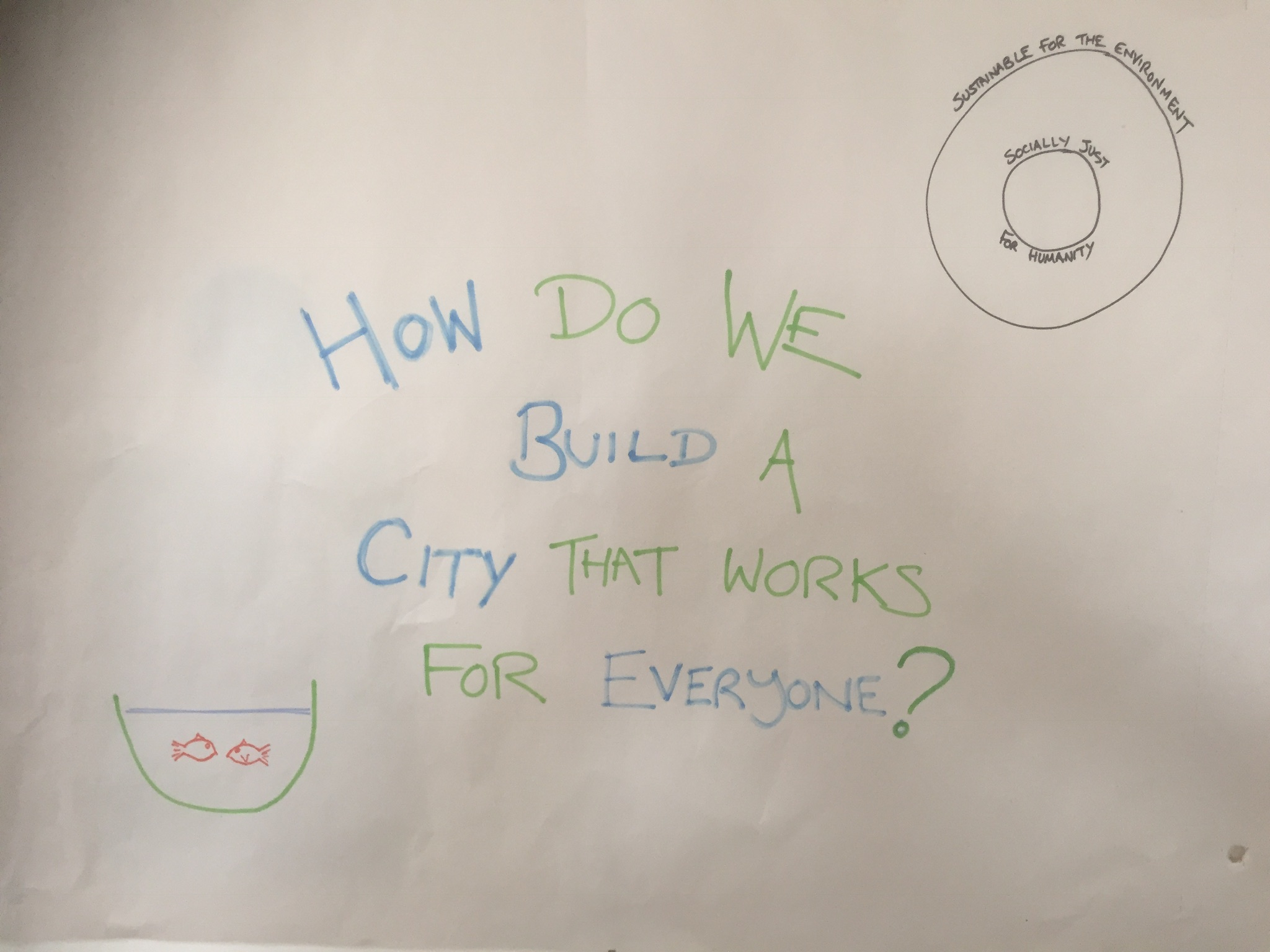 I recently hosted a couple of conversations for people in the city of Lancaster, UK, in which we explored this question together: “How Do We Build a City that Works for Everyone?” We framed the conversation (which we had using a ‘World Café’)from two current and important concepts. Firstly, the great work of Kate Raworth in ‘Doughnut Economics’ – how do we create a city that is socially just for the people who live here and that is environmentally sustainable for the future? In other words, how do we ensure we have an economy that is distributive and regenerative by design? Secondly, we drew on the important work of Sandro Galea (Professor of Epidemiology at Boston State) and his concept of the Goldfish bowl as a way of thinking about ‘Population Health’ or Epidemiology (see my last blog). Politics IS health, according to Galea.

One of my favourite quotes is from Einstein, when he said that “If I had 60 minutes to save the world, I would spend 55 minutes trying to find the right question and then I could solve the problem in 5 minutes.” It turns out that the question we used itself is problematic at a few levels! Here are some of the questions we found ourselves wrestling with: Do we need to build the city, when it is already here?! What do we really mean by ‘the city’ – is it people and communities or more than that? What do we mean by ‘works for’? That felt to some like we were settling for something that was just enough, maybe scraping by, rather than thriving! And who do we mean by everyone?! This didn’t stop us having a a great discussion, but highlights how powerful the perspectives and biases we bring into the room can be!

Despite not having a perfect question, (and hopefully, by the time we host 3 much bigger conversations across the city during 2019, we may have honed something more helpful!), some key themes emerged, through our generative conversation.

Wowsers! Not bad for 2 conversations of 90 minutes each! Just imagine what a phenomenal city Lancaster might become over the next 10-20 years, if we set out on a journey together to build this kind of city! What is stopping us, I wonder?! #enoughnow #togetherwecan 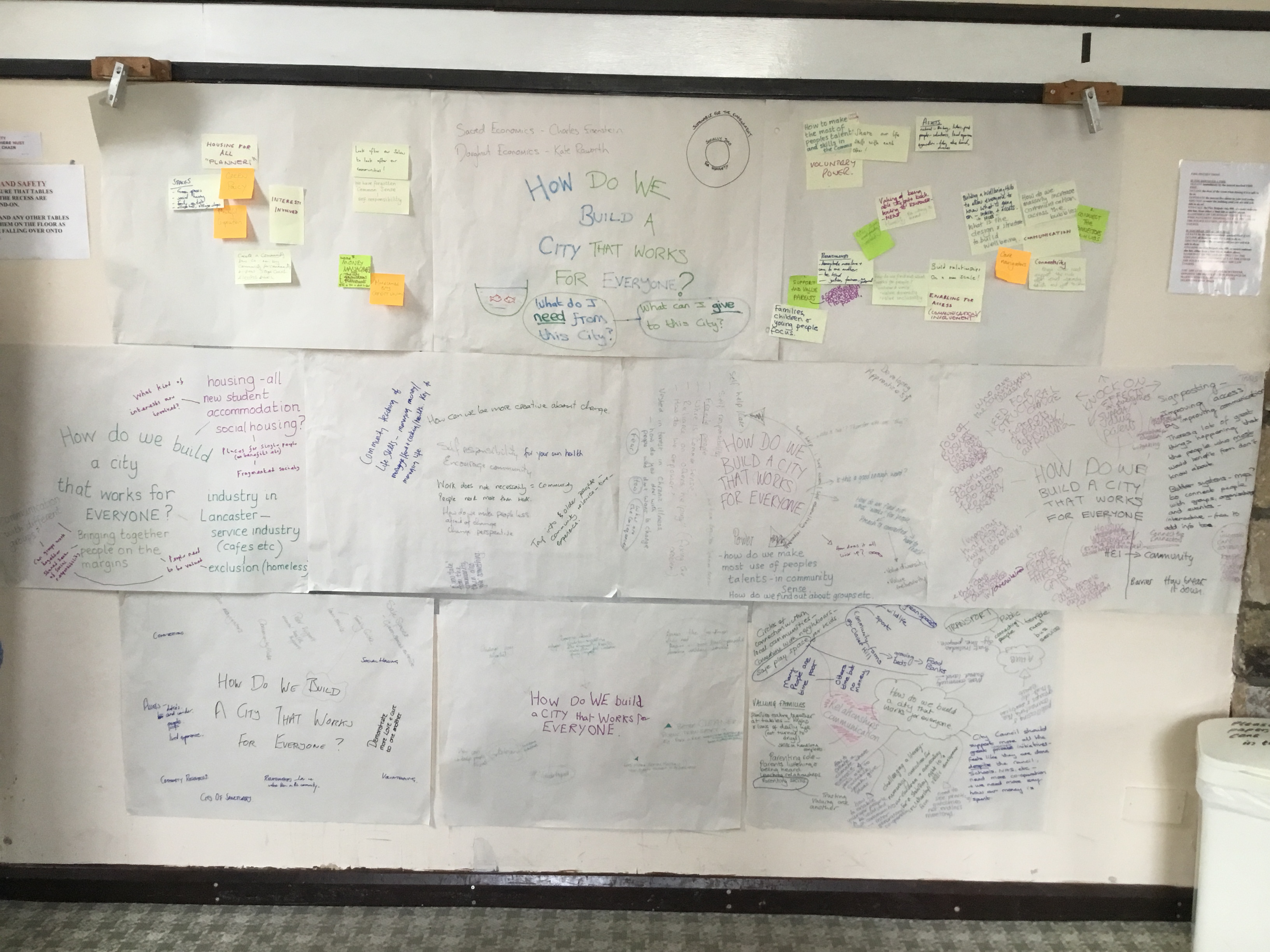