I recently read a book called ‘The Moral Imagination’ by the great peace-builder and activist, John Paul Lederach. In it, he talks about the concept of ‘critical yeast’. Yeast is itself changed in a new environment (surrounded by flour) and then begins to bring about phenomenal change around it. You don’t continue to see the yeast, but you surely get to see it’s effect!

For me, change begins with listening, and by that I mean deep, generative listening to those who we could think of as ‘critical yeast’. The kind of listening in which you can no longer continue to see things the way you did previously. As you listen in this way and find your self changed, you can longer continue with things as they are – you realise that things around you need to change also.

It’s one of the reasons why I am absolutely committed to putting myself into uncomfortable surroundings or situations which challenge my neatly held world views and beliefs. I try and make sure I take the lanyard off my neck, step out of the clinical settings I know and the board rooms I sit in and spend time in and with the communities we serve. I really believe it is vital for all leaders, especially those in senior positions to regularly take time away from the boardroom and really sit with the communities they are paid to serve. If you don’t have your finger on the pulse of the pain people are experiencing, then it’s all too easy to make decisions on behalf of them which utterly lack compassion or kindness.

So, together with my good friend, Yak Patel, who is the CEO of the Lancaster CVFS (Community Voluntary Faith Sector) and a man of real humility who holds our communities in his heart, we went to be with some people doing amazing things across our district. Yak is great at holding me to account and ensuring that I put my money where my mouth is! 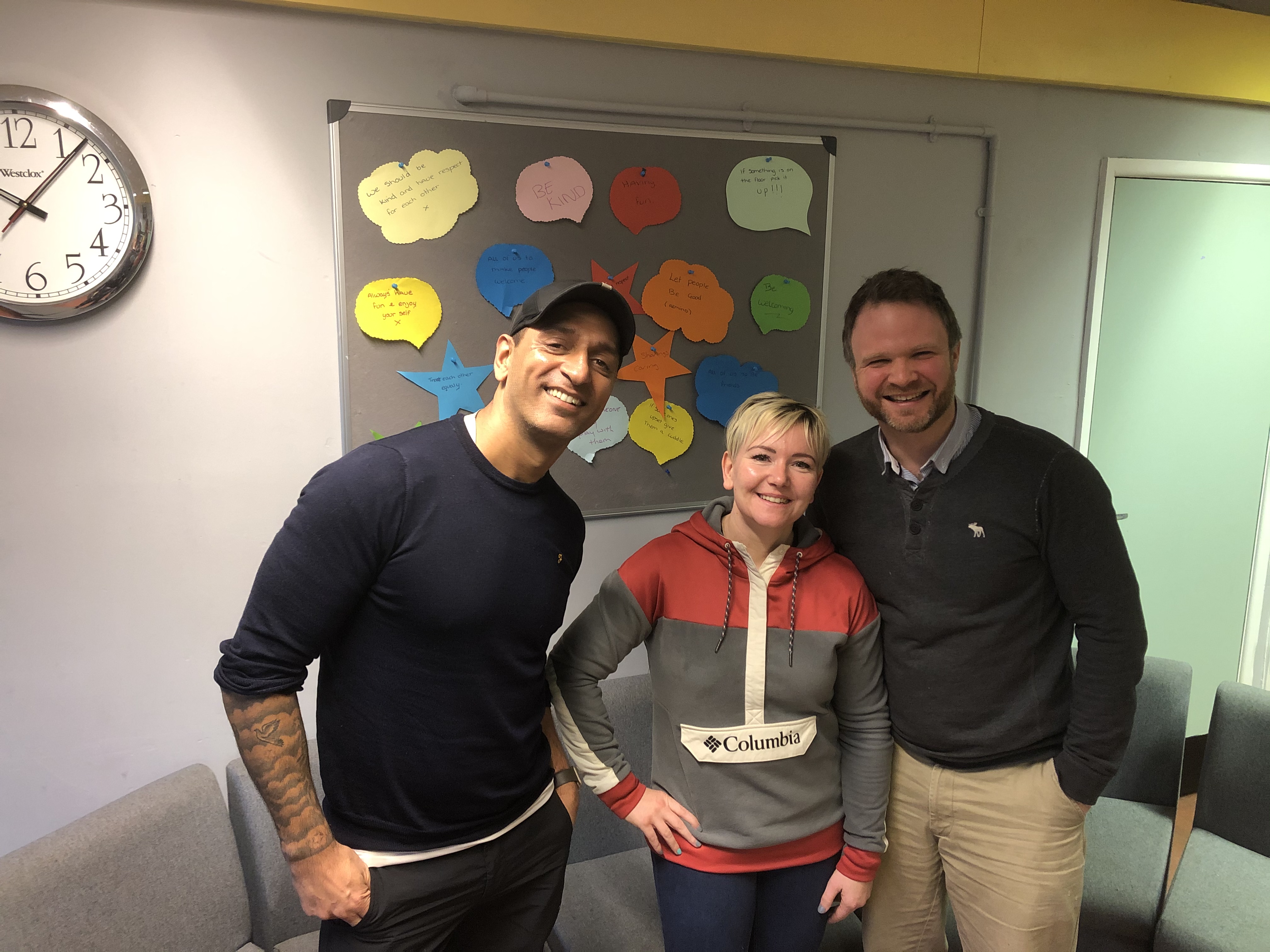 We started on The Ridge, the largest council estate in Lancaster. There we spent time with Lisa, who we know through ‘the art of connecting communities’. She runs the community centre, and we wanted to listen to the experiences of people living on The Ridge and understand some of what they are facing. Simple things, like a cut on their bus service (as timetables massively favour the University) is leaving people isolated and cut-off, especially elderly citizens at weekends.

I asked Lisa what she thought about the growing rhetoric that the problems communities like ‘The Ridge’ are facing are not to do with ‘resources’ – she rolled her eyes and retorted – “easy for people to say that, but over the summer, I couldn’t pay myself a salary for 2 months, so that I could ensure that the youth provision needed through the holidays could actually run – the funding for those kind of activities has been cut so much, it’s a joke….” Lisa, like so many other big-hearted and socially-conscious community workers, had to work 80-90 hours a week, holding down a second job, simply to be able to pay her own bills – similar to what happened at Christmas, when she worked long hours to make sure that 75 children on the estate actually had something to eat and a present to open on Christmas Day. People of good heart are feeling overwhelmed, unsupported and burnt out. I asked Lisa what she would love to happen – she wants to bring the community together, to talk about what’s strong, not what’s wrong, ask the community what it is they actually want and need, rather than assuming the providers of public services somehow magically know (!) and focus on what The Ridge could become – for the community, by the community. 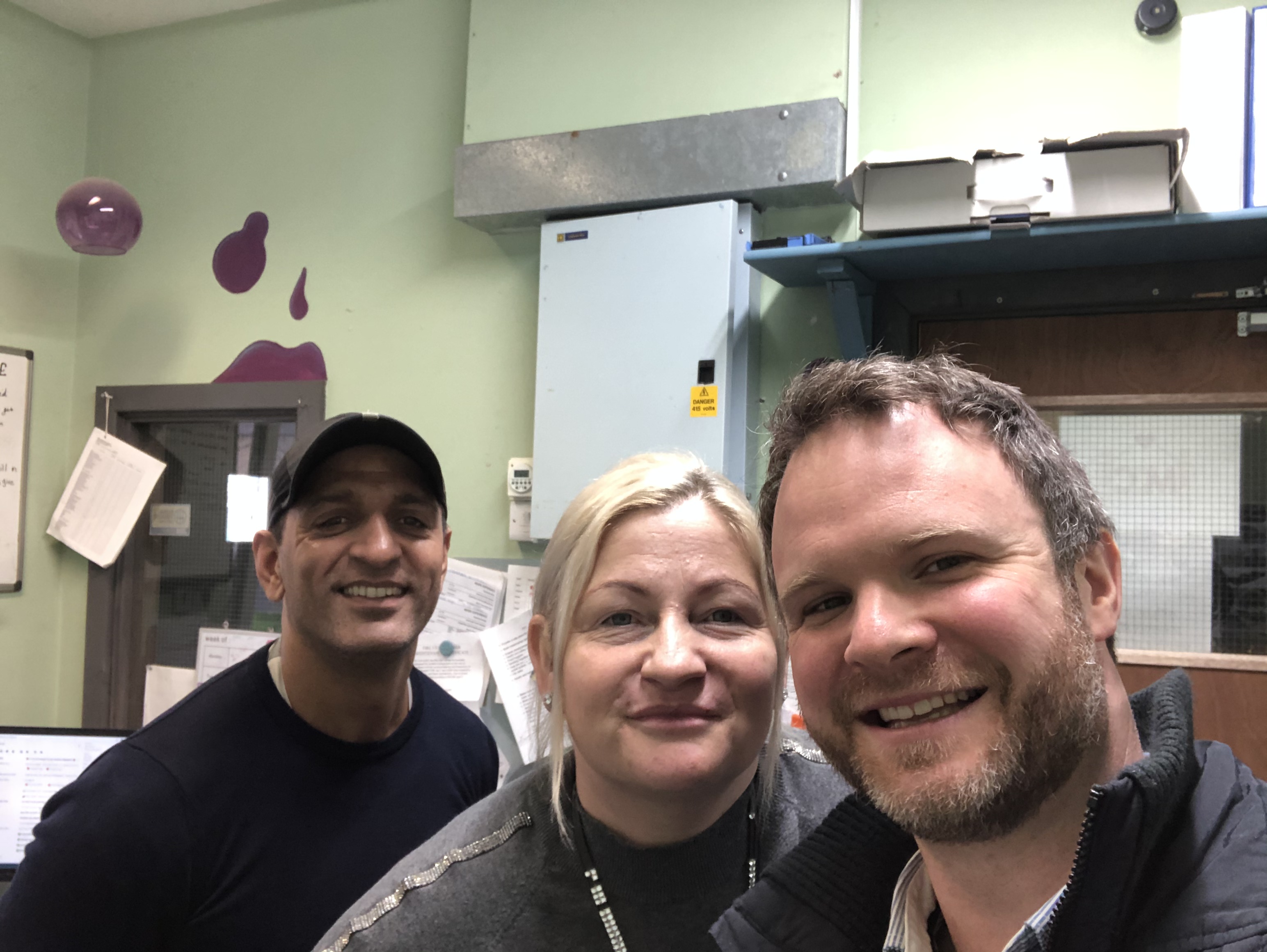 On The Marsh, we met Debz. Debz also came to ‘the art of connecting communities’ last year. You might describe Debz as a ‘salt of the earth’ person. Down to earth, she has seen it all. I asked her what the biggest problem is for her community…..”drugs…..the place is overrun with drugs – and people are on the ropes”. The food club was happening, thanks to fareshare, when we arrived (although huge trays of strawberries were already completely mouldy)….and there were queues down the street….she shared with us some of the complexities involved for young people and the situations they find themselves in – multi-generational trauma….but what she struggles with most is that those who are supposed to care, don’t seem to want to understand. She told us of difficult encounters with the local GPs, the local hospital, social services (one family had had over 24 social workers – what’s the point in that, she asks?), police, schools and city council….although she has noticed some attitudes begin to change (perhaps because of the poverty truth commission).

She feels that people on ‘The Marsh’ are judged, looked down on and it’s reputation is very hard to break. But she also knows that people who live there want things to change and they want to be part of the change. That can be really tough, with the threat of violence and the very real involvement of gangs from Liverpool and Manchester, bringing intimidation. “Why would people not do drugs and get involved in selling them? It pays better than any work available”, she shrugs.  She believes the community can find some more hopeful dreams and she talks about the difference a new church in the community centre are making (a conglomeration of a few different congregations working together)….She wants to bring the community together to talk about what they want to see change, but especially how they can be part of that change….however, she doesn’t think it can happen through some kind of new found motivation alone – it’s going to take real investment. She tells me that if we want to stop seeing men dying in their 20s, from drugs, violence and suicide – we need to think altogether differently about how we work together with communities. Yak nods in agreement – he used to have Debz’s job, before he became CEO of the CVS. He tells me how many funerals of young men he has been to from this community. I feel deeply sad. 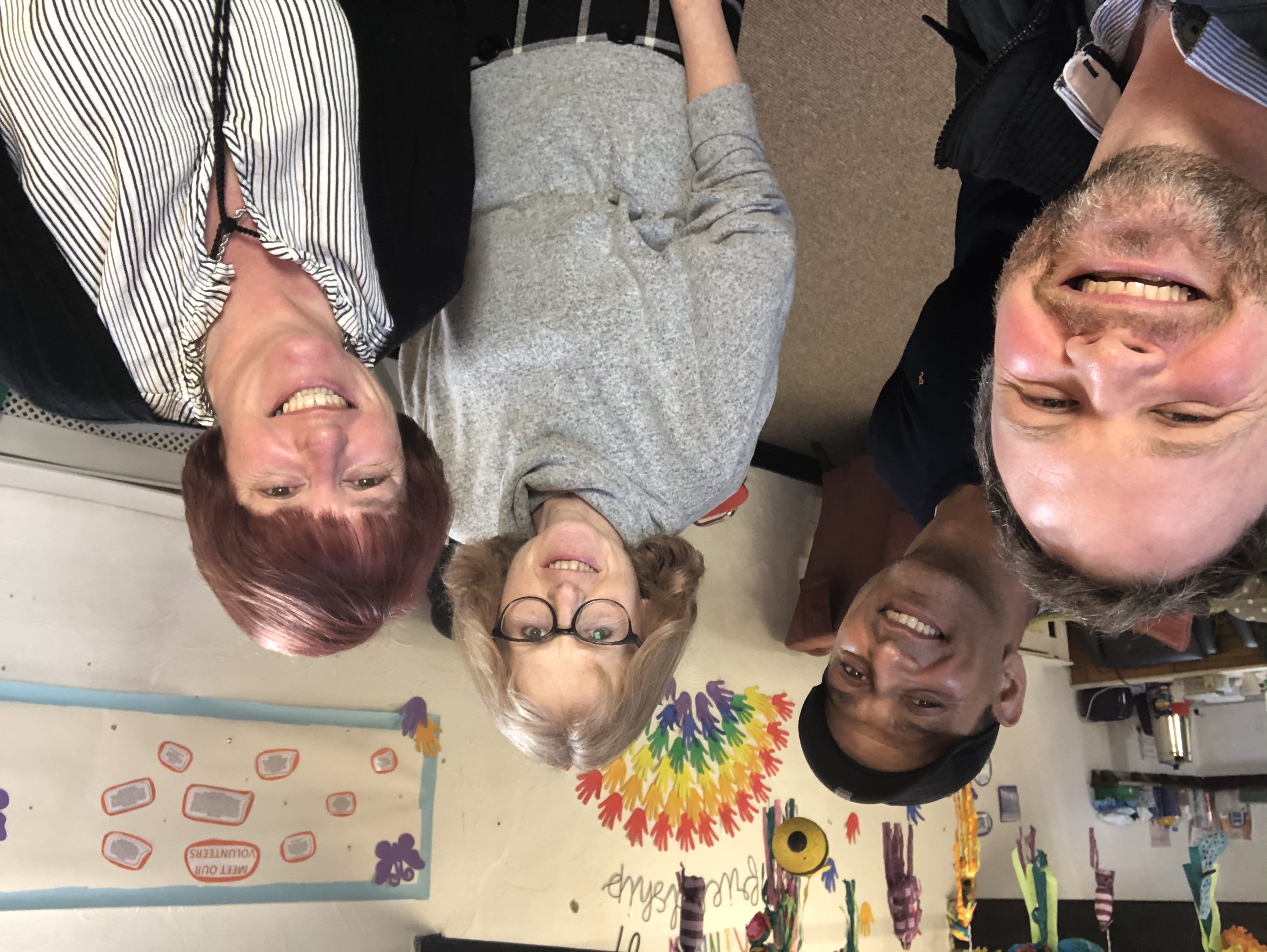 Then we’re on to Poulton (which has the worst health outcomes in North Lancashire), to meet our friend Joanne, who runs Home Start for Lancaster and Morecambe. What an amazing lady! And such a great charity! We sit with Joanne and one of her trustees, Sheila (who used to work in children’s services at Lancashire County Council, before she saw the decimation of her team and the unacceptable levels of stress she and her team were having to work under, which she deemed to be totally unsafe). The work they are doing for young families is extraordinary. Most of their referrals come from Health Visitors, but they are now full, and simply can’t take any more referrals unless more volunteers arrive. What I love about Joanne and her team is the collaborative-coaching approach they take. As they have worked alongside families, and discovered what they want and need, they have seen co-produced groups around issues like Domestic Violence and Autism support. What Joanne is most proud of is that they have created a culture in which you can walk into a room and no one knows who is a ‘client’, who is a volunteer and who is a member of staff – brilliant! “A community of mutuality” – she beams! Humility is the order of the day and it leads to real relationships that bring real change. As services have been cut and fragmented, increasing pressure has fallen onto the charity sector to hold things together – but resources have not followed. Despite great connections across the sector, the pressures are mounting, the cracks are showing and the risks are increasing.

I have no idea how much money Lisa, Debz and Joanne must be saving the public services every year, in terms of health and social care….but I do believe we could be making some far better and wiser investments with the ‘public purse’. We should be putting a whole lot more faith in community centres and workers, like them. If we do so, we will find it much easier to tackle deep-seated health and social ineqaulities right in the heart of our communities, taking an asset-based approach, being brave enough to redesign around relationships rather than transactions (as my good friend Hilary Cottam says in Radical Help) and find that communities really do want to be a part of transforming their own futures. Just like in Wigan, there needs to be a New Deal between communities and the public services to ensure that there is mutual vision and accountability for the resources that are available. What are we brave enough to stop doing, so that we can learn to do what is altogether better? Are we able to change? Not if we remain in our silos and ivory towers and continue to tell ourselves the same old stories. But might we dare to step outside the fortresses of what we know and learn to deeply listen? If we can do so, we cannot help but be changed….and as we begin to change….well…..then change begins to happen!

It amazes me, in this 24-hour news world that we live in, that a further £1 BILLION of cuts to our county councils doesn’t remain on the BBC front page until much past lunchtime! It feels a bit more important than some of the stories being picked by the editorial team instead!

Anyhow….these cuts will be utterly devastating for our population’s health and wellbeing and the “extra funding” for the NHS is simply not going to be enough to undo the damage. Local government will have lost 60% of it’s budget by 2020, with devastating consequences and no amount of local taxation will replace the difference, especially in poorer areas of the country. And just look at what will be cut:

There isn’t a council in the country that wants to make these cuts and the lack of foresight by the government to drive these further cuts through when the ones we’ve had already have been so deep, is utterly ludicrous. I’ve sat with council officers in tears over the choices they are having to make – these are people who love the communities they serve and are trying to do as much damage limitation as possible, whilst being left to take the blame.

What does it tell us? It tells us a few things. Firstly, there is a serious lack of joined up thinking about the long term consequences of these cuts. Save money now, but pay for it 5-fold in the future. Secondly, there is a genuine lack of concern for the poorer communities in our country. Thirdly, our current political model is broken and more than ever we need a politics of love/compassion. Fourthly, our current economic model is caput and cannot give us the regenerative and distributive future we need for humanity and the planet. I feel so despairing, sad and am grieving what this is going to mean for so many of our communities. We need to feel this pain and face up to this and find hope in reimagining how we might do things radically but necessarily differently.  This piece in the Guardian is worthy of serious reflection:

Tweet Who should take responsibility for you health? Sounds like a straightforward question, doesn’t it? But I get so frustrated when complex issues get squashed into simplified, silo-thinking, ready for twitter or media sound bites, or the under-girding of political ideologies. So….just as the economy is not just made up of the interplay between business and END_OF_DOCUMENT_TOKEN_TO_BE_REPLACED