It’s a while since I last wrote a blog. That’s because I’ve been concentrating on finishing my first book and there are only so many hours in a day! It is called ‘Sick Society’ and will hopefully be out soon.

However, now that it’s done, I will hopefully have a bit more time for blogging again. 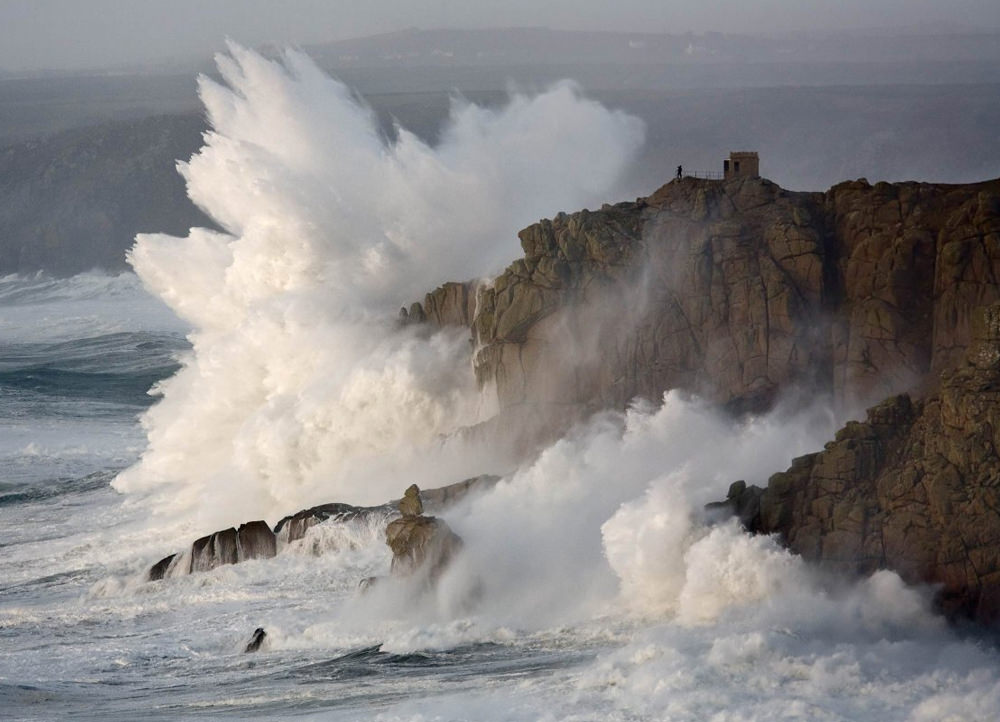 Last night, I awoke from a disturbing dream at around 0350h and wasn’t able to go back to sleep. I’ve had many troubling dreams of late – maybe I’m just processing. There have been plenty of tough situations to deal with at work recently, plus the backdrop of what feels like chaos. But I have learned over years to tune into my dreams, following the thread of them.

My dream last night consisted of two things: very rough, rising seas buffeting against the coast where I 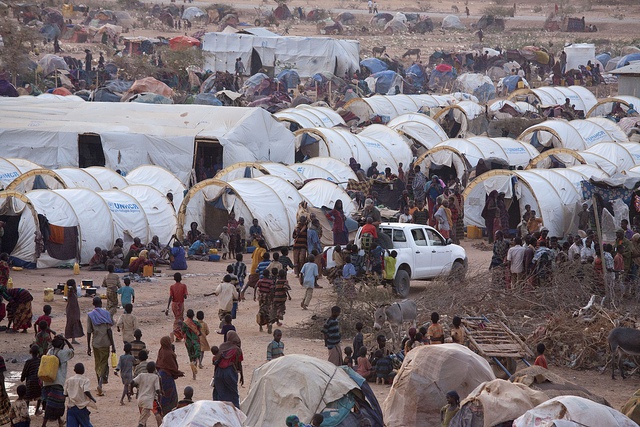 live and multitudes of people in refugee camps. I know exactly why I dreamt about them. Before bed last night, I listened, whilst my wife watched Episode 6 of Frozen Planet 2. A glaciologist, whom we both know, fairly well, was talking about his work. He is studying how the ice caps are melting at an alarming rate. I also read just before going to bed, an article about Greece and Turkey trading insults over the plight of 92 naked refugees, who had suffered utterly degrading treatment. My night was full of the angst of these two realities. 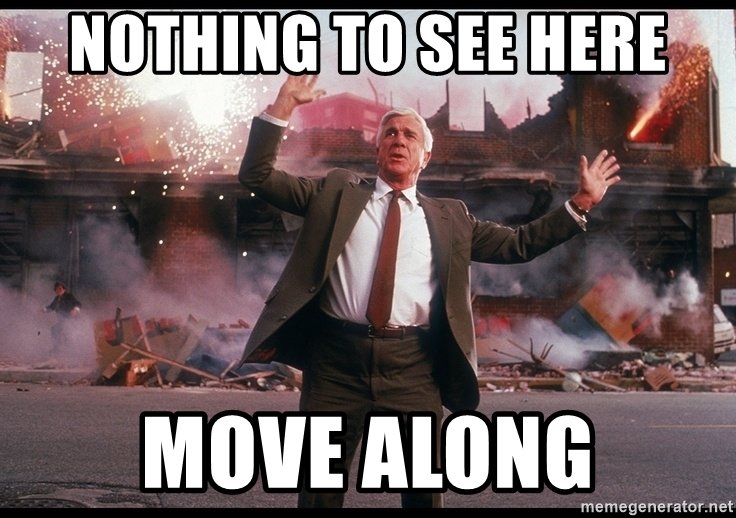 We find ourselves in an apocalyptic moment. An apocalypse is often thought to speak of the end of all things. Rather, in its truest sense, the word apocalypse simply means ‘to pull the lid off something’, or to reveal things for what they are. We live in a moment when perhaps more clearly than for a very long time, the facades which are held up to pretend that everything is ok, are well and truly down. Here in front of our naked eyes, we see the stark reality of the way things truly are.

The rate of climate change is accelerating with devastating consequences.

There are now 89.1million people being displaced globally, including 27.1million refugees. All the while, we draw up the bridge and threaten those who flee their war-ridden nations with deportation to places where we will not have to see them.

Global financial uncertainty, with market volatility, rising inflation rates and stalling economic growth is leading to rising poverty. The gap is widening between the richest and poorest, globally, nationally and regionally. The cost of simply living is becoming unaffordable.

Over a million species are at risk of extinction, with terrible consequences to our loss of biodiversity.

The toxicity of nationalism and sovereignty is laid bare through senseless war and the breaking of unions.

And governments, banks and global financial institutions look to placate and reassure the markets with the same old answers to the same old questions as if they will lead to radically different answers.

Our world is sick. Our society is sick. The storms are raging. And millions upon millions of people are crammed into the valley of decision.

How do we heal? How do we respond in the face of such devastation, brutality and madness? There is no other way, but that of faith, hope and love.

Faith, stares fully into the outrageous abyss of what the apocalypse reveals and refuses to accept that it will always be this way. Faith knows the markets and its associated economic theories do not hold the answers. Rather, it enables us to challenge the inevitability of the status quo and see that the world can and must be made new. Faith trusts that God is with us in the midst of the multiple crises and is bending the arc of history towards goodness, despite what the evidence may tell us. Faith knows that simple small acts of radical kindness, when multiplied a billion times around the globe, can bring about life-giving change. 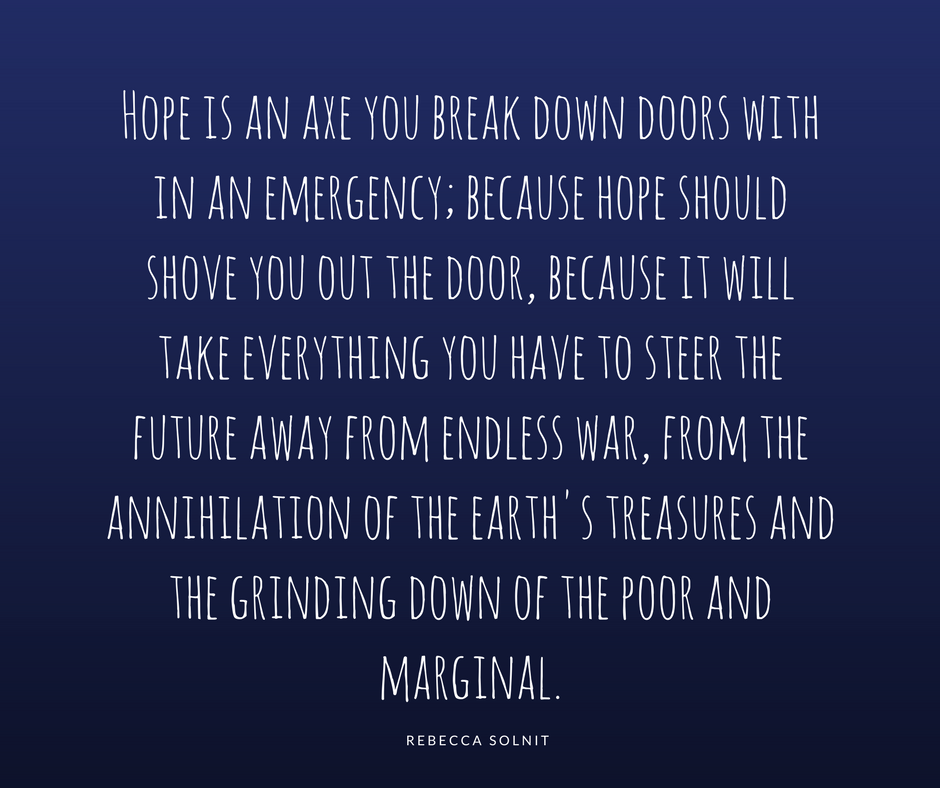 Hope helps us find a way together, even though it feels like we are too late or too far down the road to recover. Hope is not some kind of wishful thinking. It is, rather, as Rebecca Solnit reminds us, an axe we break down doors with, in an emergency. It is true that hope which is continually deferred makes our hearts sick. But hope that is coming is a tree of life and we must eat its fruit and allow it to infuse every cell in our beings. Now is not the time to lose hope.

Love, as bell hooks tells us is a verb! It is gutsy, determined and action orientated. Love refuses to stigmatise. Love dares to cross the dividing lines. Love welcomes the stranger and embraces the needy. Love is humble enough to change. Love embraces the ‘enemy’ and lays itself down for the ‘other’. Love always trusts, always hopes and always perseveres. In the midst of the storm, only when we lock eyes with Love can we find the creative force needed to overcome the odds and build health and wellbeing in our communities and our ecology. Love never fails.

Whatever else we do, we must not turn our eyes away in this apocalyptic moment. Let the full pain and horror of this moment fully reveal the monstrous truth of the staggering injustice we have built through abusive power. Then let us turn our faces into the winds of change and set our sights on the future which is coming towards us. Let us throw off everything which hinders us and let us walk together into the way of peace.

I love Marcus Rashford! His statement on child hunger is brilliant, but I don’t entirely agree with him. In his impassioned plea for us to take child hunger seriously (which I could not agree with more), especially through the school holidays, he says: “this is not politics, this is humanity.” The reality is that EVERYTHING IS POLITICAL. Politics is about how we see the world and how we live together. Economics is about how we share and manage the resources between us. Child hunger and child poverty IS a political and economic issue! We can’t hide away from this. We can call for political unity over the issue, we can appeal to the deep compassion of the human heart – but we cannot try and de-politicise the issue, however hard we try. Nor can we remain silent, in case it looks like we’re playing party politics. I am not associated with any political party. None the less this is a deeply political issue – political with both a small p and a very big one!

Listening to the debate in the House of Commons about whether or not children should be given meals, provided by the state, during the school break, there seemed to be four main objections to the idea proffered by some of the Conservative MPs.

Let’s just examine these from both a population health and social justice perspective:

I make no secret of the fact that I am personally deeply motivated by the politics of Jesus. There are two really clear things that he had to say on the issue.

In other words, if the politics of Jesus are to be taken seriously (and it seems that many conservative voters and MPs profess a ‘Christian’ faith), let it be noted that according to the Christian faith, the poor, the hungry and children really matter to God! And yes – there is space for the church, other faith organisations, charities, communities and local leaders to step into the gap and ensure children are fed, despite the government’s response – but there is also a ‘prophetic mandate’ to challenge injustice and hold leaders to account. The truth is that the need is great – 1 million children across the UK will be hungry over October half-term – they don’t want this to be ‘relooked at for Christmas‘ – they want their bellies fed now. The national government’s arguments fall flat. While children go hungry, they find themselves defending their senseless ideologies and punishing the defenceless. They urgently need to change their minds!

Tweet My morning surgery began today with a patient of mine, who works as  Health Care Assistant (or Band 3) in our local acute hospital trust. As we find across the board in the NHS right now, there are pressures in her department with under-staffing and a very high and demanding work load. She started END_OF_DOCUMENT_TOKEN_TO_BE_REPLACED

Tweet All this week on the BBC, there has been a focus on the NHS and the crisis we are in – don’t panic Mr Mainwaring…..There is a heady mix of opinions being thrown around – Question Time became quite a furore of ideas and thoughts last night – not enough beds, not enough staff, not END_OF_DOCUMENT_TOKEN_TO_BE_REPLACED

Tweet This is just a short blog, made of a few statements.   Our tax burden is higher than it has ever been. We continue to cut public services deeply. We are told we are doing this to plug the gap in our public finances and pay off our debts. However, the debt we are END_OF_DOCUMENT_TOKEN_TO_BE_REPLACED

Tweet It’s time to do the impossible. It’s time to turn the tide. In my last blog, I talked about the exponential potential of what could be possible if clinicians worked together in a more collaborative way. However, far more can be achieved if we work together in and with our communities to create a END_OF_DOCUMENT_TOKEN_TO_BE_REPLACED